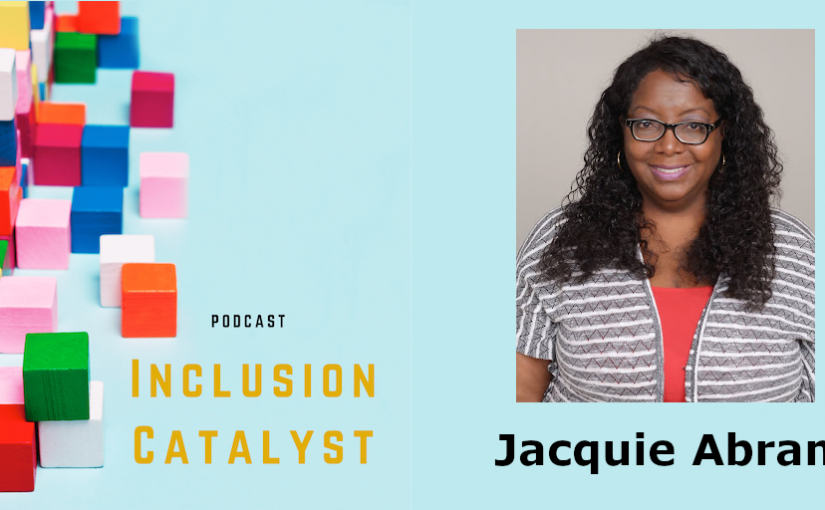 Jacquie Abram had a career in higher education that she was very good at & that she enjoyed. A career that paid her an income, which as a single mother of two girls was the only income, that allowed her to not only provide for her family, but also pay her bills. A career that spanned nearly two decades & by any measure should’ve been a successful career. But it wasn’t. Because throughout her career, Jacquie experienced racism in the workplace, not the kind you see in a lot of movies, books, and TVs shows about racism that occurred decades ago during a time when it was more overt & easily spotted, but the kind of racism that is more covert, hidden, & harder to prove.

And so her career was derailed multiple times by multiple employers & she suffered racial trauma that, to this day, she has not fully recovered from. And when the same thing happened to others including both of her girls after they began careers of their own, she pulled herself out of corporate America, wrote HUSH MONEY, a book inspired by true events & co-authored by her girls, & began selling it from the trunk of her car in March 2021 to provide employers with a better way to understand racism, provide employees with a better way to fight it & survive the battle, and provide allies with a better way to see and feel the FULL impact of modern-day racism .